Heroes in the flesh...Susan Cooper and Gregory Maguire 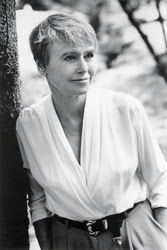 I hope everyone had a nice Thanksgiving, and if you're in the maybe you had a piece of turkey or drooled over a slice of pumpkin pie in honor of the occasion. I went up to Holderness, and went hiking in the snow with dogs and family. It was pretty sweet!

I'm back now, and heading back into tonight for another week of research. I've been collecting names of books mentioned in other books or articles, or in lectures and this collection is growing out of control. So this week I'm going to try and focus on reading through those works and seeing where they lead me. I’m also going to a lecture at BU on artificial intelligence in gaming- should be interesting.

The past couple of weeks have been brilliant. I'll hopefully try to post a few of the experiences I've had here and do them a shred of justice. I know I’m from the States, but I feel like this is such a great ‘semester abroad’ experience. I’m packing in as much research, stimulation and sightseeing as I can because I know my time is limited. It makes for great days and fun experiences!

I suppose the biggest events for me as of late were on November 14 and 15. The Cambridge Public Library sponsors a lecture series (http://www.ci.cambridge.ma.us/CPL/) and they had two days with Susan Cooper, author of The Dark is Rising Sequence, and demi-god to me. I've been in casual contact with her since I was about 14 (a friend of a friend told her about this 'girl she knew' (me) who was obsessed with her books, and we’ve been emailing a few times a year since then), but we had never met face to face. So that was exciting in and of itself...meeting someone who has constructed this obsession inside of you, and has given you the first touch with the world of fantasy. I felt like a giggly teenager meeting the hunk of the hour, and I was pretty convinced that I was going to pass out before I met her (I didn’t though, and the meeting went splendidly).

The first night was a ‘roundtable’ discussion with her, Gregory Maguire (author of Wicked), and moderated by Roger Sutton (of Horn Books). Maguire had a great candidness about the evening, and seemed to enjoy his role as the comedian of the evening. He punched jokes left and right, made stabs at other authors and works, and kept the audience rolling. Towards the end of the evening he admitted that humor was a catalyst for action for him. He used humor to make his audience comfortable- not just in this auditorium, but in his works too. He makes his audience comfortable through laughter, because “you can’t discuss serious things if the person you’re talking to is uncomfortable.” So he used humor in his works before he introduced more serious elements like betrayal, distrust and the corruption of government. It was very interesting to see this in action. The more comfortable this audience became, the more he could speak about the details of his work.

The second night was a lecture given by Susan Cooper, and it was all about fantasy literature, it’s place in the world and her interactions with it. It was brilliant, and I couldn’t take notes fast enough! She told a story about a retiring teacher who said that he hoped that he was now old enough for his students to tell him how he was as a teacher and what happened in his classes; and there I sat in these packed lectures with hundreds of twenty-something fans of her books who were posting on fansites about the desecration of her books on film, and I realized this was the generation that she helped to create, and that they (we) were now becoming old enough to reflect on 'how she was, and what happened in our encounters with her.' She emphasized that fantasy literature exists to encounter the unencountered and to explain the unexplainable. It is difficult for most people to realize what true evil and fear is like Susan Cooper, J.R.R. Tolkien and C.S. Lewis did who grew up with World War Two, bombings in London, and “someone who wanted to kill you twenty-four hours of the day,” but it is easier to understand what evil is when it is shrouded in black, rides a maniacal horse, and is constantly pursuing the heroes with the intent to capture and/or kill as we see with the Black Riders in The Lord of the Rings, or like the oppressive Dark in The Dark is Rising who uses elements around them such as weather to threaten the heroes, and internal weapons of jealousy, rage and anger to tear them apart from the human bonds of love. That’s what fantasy shows us; that’s what it is capable of. And a lot more… but those are the thoughts that stuck with me the strongest, and this entry is already ridiculously long and I didn’t even get to talk about other lectures, the first snow in , and that it’s almost time for Phillip Pullman’s Golden Compass to come out in theaters! I saw a trailer the other day that gave me hope that it will be a better adaptation than The Dark is Rising was. Fingers crossed!

Posted by ScullingOnSquam at 21:16 No comments: