Every now and then, just when you think you have a water-tight schedule for how your research will progress that day, something comes along that blows it all up. Sometimes this can make you want to rip your hair from the roots, lock yourself in a small cupboard in the basement of a library and never see or speak to humans again as you rock back and forth, hugging your knees, trying to remember why you dove into PhD research in the first place, but sometimes, like today, it gets you whirling and thinking about all sorts of avenues that you hadn't thought about before.

All it took for me today was the interview on makingof.com with Melissa Rosenberg. It was only 8 minutes long, but while Twilight gossip runs rampant (and you'll notice I'm not a fan of commenting on the periphery gossip of the cast), information on the creative processes of the adaptations is not as plentiful; and every time there's just one new line of information, I get about a dozen new questions and ideas to follow.

I'm not familiar with makingof.com, but obviously I'm now going to stalk it for some of my behind-the-scenes informational needs. This interview was fairly general, but she did give me a few jumping off items that I'm going to have to see if I can learn more about. It was neat to hear about the processes in general; what she is used to, how she generally works, and then the specific examples with the Twilight Saga. I was surprised to learn that she considered her collaboration with Stephenie Meyer in Twilight's adaptation was less than it is in New Moon and Eclipse, as I certanily always got the feeling that she was heavily invovled in all of the processes. Although that may have been more towards the end; once they had a draft they circulated it to Meyer, and that's where the tweaking happened, whereas in Eclipse, Rosenberg actually sent Meyer her outline for the film, and they've worked together utilizing the unwritten elements of the novel (i.e. the significant backstory and mythology that didn't need to be in the book, but Meyer had to create to understand and write the text), and incorporating them into the film.

I also liked how Rosenberg called these moments 'easter eggs', using the DVD terminology for 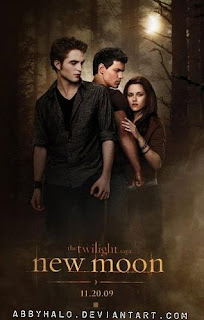 secrets hidden in the disc that only the die-hards would find, or the fans would understand. This is a nice nod to the ravenous fanbase who will, of course, have read all of the correspondance on The Twilight Lexicon, read the deleted chapters on Meyers's website, and have poured through every periphery text that has branched off from Meyers's four original texts. It's interestng to have one media's terminology (easter eggs for DVDs) apply to a film and a novel.

Lastly (well, lastly for this post, I've gotta go type some of this up while I'm thinking about it!), it was nice to hear Rosenberg's acknowledgement of the fans. She knew she was working with something beloved by millions, and many would disregard this in the creative process and just write the story that they felt needed to be told, but when working with a hugely popular text like this, and producing one of thes translation for an event film*, I think you need to realize the impact that respecting the fans can have on the final piece. It doesn't sound like she found that to be a shackle to her writing, but instead more of a motivation to turn a well-realized novel into a better-realized screenplay.

I still don't think the Twilight Saga is a perfect adaptation (nothing ever will be), but it's brilliant to analyze the different aspects of this particular work, and see how they have approached each translation of the novel, and how they are learning from each act as well. Twilight was open to all, very few knew what it was they were actually working with (as in the scope and mania surrounding this film). Now, with New Moon, it's a closed set, very few pictures and interviews have been released, and the set-visits were very limited and controlled (good for the filmmakers to control the interpretation and access of the media, but not necessarily an accurate representation of that set; it's more tailored and limited), and there have been less leaks of information online. I'll be quite interested to see how this affects the script, the film, the advertising and reception of the finished work.

See? Rambling... brain spinning... I love these days that get me thinking. I'm off now to see what other avenues and questions I can pull from this.


*I feel the need to define 'event film' as I don't think I have before. Event film is a rather new term, and it basically refers to a film that transcends one media, is from another print source, usually, and has entertainment events attached to its releases (i.e. Harry Potter, Lord of the Rings, Twilight... based off of beloved books, huge fan base, midnight release parties, conventions, concerts and merchandise associated with each release etc.)
Posted by ScullingOnSquam at 21:23 No comments:

TwiCon's program is online! I'm sure we're still going to have to tweak it here and there as things come up, but it's there! Panelists are preparing, papers are being composed, and fans are getting more fanatic :) Anyone planning on attending?

I'm nearing the end of my year in Wales, and preparing for a bounce-all-over-the-place summer in the States! I had a conference this past week that I've been helping to organize for a few months and we had someone drop out at the last minute, so I whipped up a presentation on Twilight, of course. It's definitely a topic I can wax on without notes at this point! It was actually really interesting. I talked about authorial intent and audience expectation; i.e. what Stephenie Meyer's motivations were when writing it, what the filmmakers intentions are, what the fan's expectations are, and exactly how all of those things worked together during Twilight's adaptation to the big screen. It was actually kind of fun, and the questions at the end were brilliant. People asking all sorts of academicy stuff, and the discussion was a great stimulant for more research. Yay for last minute papers working out!

I've just one more week in Wales, then I'm 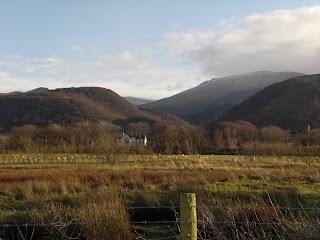 heading home to see my folks for a few days in Pennsylvania, then to North Carolina for a family thing, then Oregon to work on an indie film set and shadow some production companies (I need more practical experience), then to Dallas Texas for TwiCon, then to New Hampshire for camp (YAY!) , then my sister's wedding in New Hampshire, and back to Wales in September! Whooooosh. Well my carbon footprint has not been small this year, but I hope I counter it somewhat by not owning a car, only using bikes, walking and public transport whenever I am in one of these many locations and being as hippily green as I possibly can :)

(p.s. this second picture is from Abergwyngregn, the next town over from Bangor where I was housesitting two weeks ago. I just popped it in to remember how gorgeous where I live is!)

Here's my list of to do for the blog:
* Talk about the script reading course I took at the Script Factory in London (rockin')
* Scene by scene analysis of Twilight
* Script vs. novel analysis
* Play the board game ad-nauseum (just bought it... disappointed that the trivia questions aren't challeging enough :-D)
* Maybe talk a bit about stage adaptations; I saw Lord of the Rings ages ago, I keep hearing about a Harry Potter stage play, and then there are the cross overs like Billy Elliot, Chicago, Nine, Mama Mia... I'll stew on that one
*...And any other random thoughts that enter my head :)

Now I just need 57 hours in my day, and I'll get all of it done! Plus my two chapters for my PhD, my yearly review, my scholarly article, and finding more conferences away from my Uni at which to present.

It'll be fiiiiine :)
Posted by ScullingOnSquam at 19:36 2 comments: