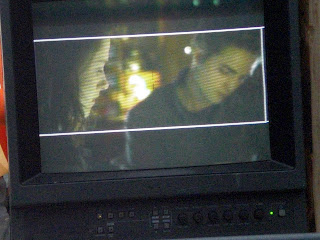 CFP:Critical Perspectives on the Twilight Saga, Edited by Maggie Parke and Natalie Wilson
Apologies for Cross-posting.
We are currently accepting proposals for essays to be included in an edited collection on Stephenie Meyer's Twilight Saga. We are looking for essays that examine the Twilight series, the fandom, and the films from various analytical and methodological perspectives. We are particularly interested in submissions from the following disciplines: film studies, sociology/popular culture studies, gender studies, critical race studies, literature, psychology, and education.
The collection is intended for a broader audience than is the case for many scholarly anthologies. We welcome work from academics, graduate students, bloggers, educators, and fans. Abstracts and subsequent essays should thus be intellectual in tone and treatment, but accessible to general readers.
The collection will focus on the following areas:
Twilight in the Media, Analysis of the Films, The Adaptation Process, Celebrities, and Music of Twilight
Explorations and analysis of the Fandom, Twi-net, Fan Fiction
Female Roles, Representations of Gender, Feminist Analysis of the Series
Readings of Vampire and Werewolf Lore, Consideration of Quileute Legend and Culture
Cross-Generational Issues, Analysis of Family or Mothers/Fathers in the series/fandom
Theological Considerations, Analysis of Twilight as Religious Allegory
Literary Analysis of the Series, Intertextual Considerations
We are particularly interested in the topics that follow:
Gender issues, female roles, chastity, abstinence only, reproductive rights/abortion, representation of masculinity/patriarchy
Film Adaptation, authorial influence, adaptation process
Mormonism, Christianity, feminist theology
The biological possibilities and capabilities within the mythical structure, rule-making and rule-breaking
Race, ethnic identity, cultural mythology, whiteness and white privilege
Literary and genre readings, werewolves, vampires, intertextuality, etc
The fandom, blogs, vlogs, celebrity culture
Pedagogical reads
Use of Twilight as an educational resource
Representations of family, maternal roles, paternal roles, sibling rivalry
Submission guidelines:
Send a 500 word abstract with contact information, affiliations, and a brief bio of approximately 50 words to AcademicTwilight@googlemail.com. Please use word, or rtf format.
Deadline for submissions is December 10.
Posted by ScullingOnSquam at 09:54 2 comments: 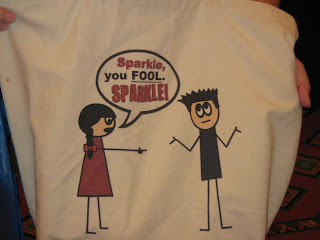 Seriously? It's been a month since I've posted? Yikes... well, for 2 weeks I was in the woods of New Hampshire for camp, then my sister got married (YAY! BEST wedding!), then I repacked again, flew to Wales, and I've been here for a week. Work has started, I just got my teaching assignments (I'm teaching Digital Communications...a fancy way of saying IT class and web design stuff), and things are rolling!
Posts forthcoming: I still want to chat about working with Sandymontana productions in Portland on a commercial shoot, I've some thoughts on the New Moon soundtrack that I'm hashing through, and I'd love to do an analysis of the new trailer(s) in comparison with the Twilight one, so we'll see if I can get a few hours free to do that!
It looks like I'll be doing a few of the Twilight events with Creation Entertainment in the near future, and I'm putting together an anthology of critical essays on Twilight with a panelist from TwiCon. Certainly keeping busy! I'm hoping to get involved in some of the New Moon release events, but I've been less involved in this process as I was for Twilight, so we'll see.
Okay, more soon.
Posted by ScullingOnSquam at 09:41 No comments: