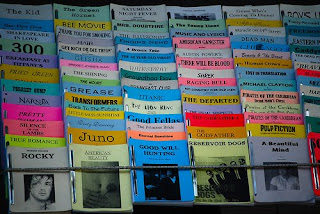 Dang rumors are running rampant, are they not? Madonna, Drew Barrymore, Soloman... nuts! The past two weeks have been manic in my world as well, and I think I've actually been living the crazy life of a real PhD student recently- up at 7am, in bed around midnight, and literally working that ENTIRE time. Nuts! Things are rockin' and rolling though. Planning conferences, teaching classes, examining methodology, organizing the academic elements of TwiCon(If you're coming to TwiCon and want to share something, there's a new call for papers up! You can present a Twilight-themed paper or sit on a Twilight-themed panel), and lots of international office (my part-time job) news- I'm coming Stateside! My University's International Office is sending me to and for college fairs, and of course I'm going to turn it into a partial research trip as well and hopefully hitting up and perhaps :) ...and oh yeah, my first chapter is due in four days. It's fiiiine...


But my focus for today is not ranting about my levels of busy... that's dull. Instead I'm going to 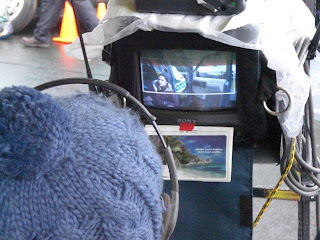 explore something I've been mulling over recently with Twilight. I can't wait until I have a copy of the film in my hands to really tear some of the scenes apart, time things, analyze shots, angles, lighting, cuts etc., but until then I'm contenting myself by thinking about elements that I remember from set that have changed with the finished film, and what thoughts may have gone into the decision to cut things.

The last time I saw Twilight in the cinema was about five weeks ago, and before I went in, I reviewed my notes and the dialogue gathered from the scenes I observed being filmed so I could see what made the cut and what didn't. The interesting thing is that every scene that I observed being filmed had at least three additional lines per scene that didn't make it to the finished film. Some of these lines were straight from the book, some were inventions, some poignant, some hysterical, and a myriad of other adjectives. Some I can see why they were cut, as they weren't integral to the scene or weren't necessary, so they could be removed without compromising the scene, others I really wonder why... the stock answer is 'it always comes down to time.' The film has to be made under a certain time or none but the truly obsessed would be able to stand it for six hours or more (granted that would be a dream come true for many Twilight or Potter fans). So yes, of course time is a factor.

But why some of these lines? Lines that already made it through various drafts and bodies of approval, and that were actually filmed only to end up on the cutting room floor. For example, in the restaurant scene, the dialogue on the day of shooting had a few additional lines that were the only lines of the day to illicit a response from some of the visitors on set.


Bella: You're not getting anything?
Edward: No, I'm on a special diet.
Bella: .... (just a deep breath and then goes into the 'you gotta give me some answers')

It's basic, gets the point across, and shows us that Edward apparently doesn't eat.

But the original response from the day of filming was
Bella: You're not getting anything?
Edward: No, I'm on a special diet. 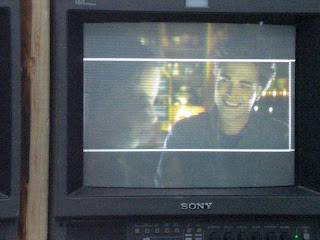 It's a minimal change, but it had a few of us chortling out loud, and one guest turned to me and asked, "Is that line about the South Beach diet in the book?" to which I responded, "No, not that one," and she said, "That's great! It's such a heavy movie, it needs that lift." And it did lighten the scene, especially when you could see the incredulous and slightly amused look Rob/Edward gave back to Kristen/Bella.

So why change this? Why remove it? Why was something different from the text there in the first place?

There are a bunch of reasons, and I'm on the trail to discover the definite whys, but I'm speculating on the possible whys in the meantime. I'm thinking it's because yes, that line really did change the tone of the scene. For some, that was a welcome and necessary change from the seriousness of Bella nearly being attacked, a speedy get-away through town, and the weighty understanding between Bella and Edward when she agrees to have dinner with him at The Bloated Toad restaurant. And for others (i.e. the filmmakers) it was outside of the tone that they wanted to maintain for that pivotal moment in Bella and Edward's relationship, and yes, I'm guessing it also came down to time. The finished film was two hours; I'm guessing with all of the extra scenes that they've cut and lines that I've seen removed, it probably ended up somewhere around the 2:30 mark and that wasn't where they wanted it to be, so each scene was dissected and superfluous elements removed and relegated to the 'special features' menu on the dvd.

In the same scene there was another cut- Here's the original dialogue in the film:
Bella: Wait, you said you heard what they were thinking? What, you can read minds?
Edward: I can read every mind here (lists them) but you? Nothing...

And here's what they filmed in April:
Bella: Wait, you said you heard what they were thinking? What, you can read minds? (pause) What am I thinking right now? Wait.... ok, go.

Edward: (smirk) I can read every mind here (lists them) but you? Nothing... it's very frustrating.

I really enjoyed that line because it showed the incredulity of Bella, but also the quick understanding and acceptance that she seems to have for supernatural elements when it comes to people she loves. This then spins directly into her showing us a quirky bit of her personality by challenging Edward to look at what she's thinking... but I liked how she said "wait" like she had to censor her thoughts first :)

I think the scene in the film read well. It was beautifully staged and although particular moments that I appreciated and enjoyed in the text were removed, it kept the inherent elements of the book while adding quirky and unique elements for the film (i.e. going around the room and saying what each person was thinking about, and ending with the biker daydreaming about cats... = rockin'). But this is just an illustration of what editing does. I'm not saying the scene was better or worse for adding or removing these elements, but it does show you how different one film could possibly be from another version of just itself (not to mention from a different director, different cast, different screenwriter etc.), made from the same shots but from different angles or with a line said in a different tone.

-----> I need to go on a 'tone tangent.' The line at the end of this scene when Edward says "I don't have the strength to stay away from you anymore" and Bella responds, "then don't".... the actual line from the script was, "Edward, you don't have to." and Kristen changed it to "then don't," which I think is more effective, stronger, and more Bella-like. Bella can be blunt and brave without being cliche, and I think this line shows that, and I was grateful there was enough fluidity in the script to allow for this change. It didn't feel right to Kristen, the Powers that Be agrees, and she chagned it to what was more natural for her and Bella.... anyway, tangent over.

Okay, that was just the tip of the iceberg, but it's good to get some thoughts down on the page 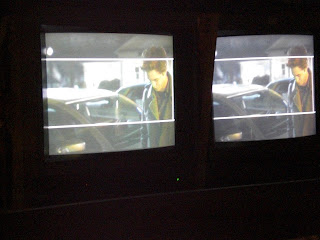 while I'm thinking of them. Of course I often wish that they could include in a film all of my favorite bits from the book, but I understand now that that isn't possible; and, frankly, it would make for a long and dull film, due to the inherent differences in reading a book and reading a film. But I have now been wondering how bits that make it through all of that and are actually filmed end up cut...

Anywho... I'll leave you with this fun tidbit that gives credit to the research of the crew: Rob was having a problem remembering what the square root of pi was and it took multiple takes (no one was frustrated, it just took multiple takes, and by the end we were all chanting the square root of pi... I don't think I'll ever forget it!)... but I overheard Judy, the script supervisor, say to Rob, "You're supposed to have two PhDs, you should know the square root of pi." It's true, Edward apparently went to medical school with twice, but this is information only shared in the extra materials of Stephenie Meyer. It's in the extra chapters on her webpage and the interview sessions on The Twilight Lexicon... I got rather excited that not only did the whole cast and most of the crew read the book (unlike other adaptations I know... cough*The Dark is Rising*cough... but they read the extra, peripheral stuff that not even all Twilight fans have read. They did their research, and that pleased me.

Okay, until next time... and also if anyone fancies commenting on this, were there added bits in the film that struck you as 'out of character' for whoever was delivering it? Or what about added bits that you loved and are glad things were changed? Why?