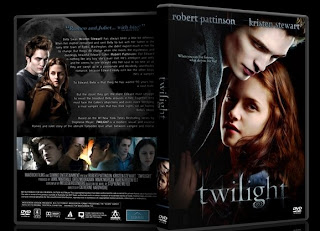 The day has come! It's in our hands! YAY!

Well, it's not yet in my hands, but it will be momentarily. So I'm back in the States after a 24-hour travel day, I had an extra week to kill, and as I'm mildly obsessed with Portland Oregon, I decided it was necessary to come up here and play for a week. So my pre-ordered DVD and Director's Notebook went to my folk's place, and they're forwarding it onto me. I am looking forward to seeing the film again (although it's still in a few theaters around Portland...fun), but I'm looking forward to the commentary, deleted scenes and featurettes even more! 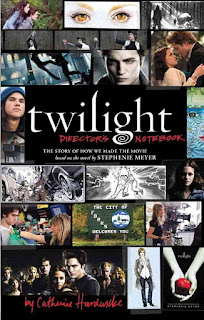 were you thinking' kind of a way (letting Edward suck a sip from Bella's finger?! He'd NEVER do that. He'd never let himself be that tempted), but I'm stoked to see some of the other missing bits, the commentary, and the infamous 'Midnight Sun' (or Dark High Noon if you're the TL) scene.

It's been an impressive weekend for the DVD already, selling more than 3 million copies (a feat only matched by Harry Potter OOTP, Pirates of the Carribean, The Dark Knight and Transformers, apparently). As if we can be surprised by anything from Twilight anymore, but still... it's good to see the success.

This whole process has been so interesting to analyze. There's a new term in the film world called 'The Event Film' that Twilight is most certainly a part of. These are films like The Lord of the Rings, or Harry Potter that have a massive fan following, and the film releases (and every other release associated with the book/film) are massive events effecting profits, the economy, merchandising and star power among other things. A book just came out discussing all of the different elements of The Lord of the Rings in regards to this, and I think I'm writing the Twilight one...not sure yet how this is shaping up :) Fun. 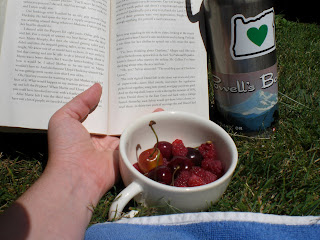 So yay for being in Portland, yay for nearly having Twilight in my hands, yay for New Moon possibilities (no, I still haven't heard anything, my fingers are permanently crossed and I hope yours are too), yay for time away from Uni (I love it, but everyone needs a breather for themselves!) and yay for the monstrous amounts of analyzing I'm about to do. I'm not sure how I'll proceed.. scene by scene analysis? Comparison to the book? Character analysis? We'll see how the spirit moves me.

Just fyi... I've joined the Twitter world! I'm still figuring all of this out... I can see what MC Hammer had for breakfast? Really? Um... I think I can live without that :)

Anyway, now you can see my daily ramblings, grumbles and squeals of delight if you'd like to :)